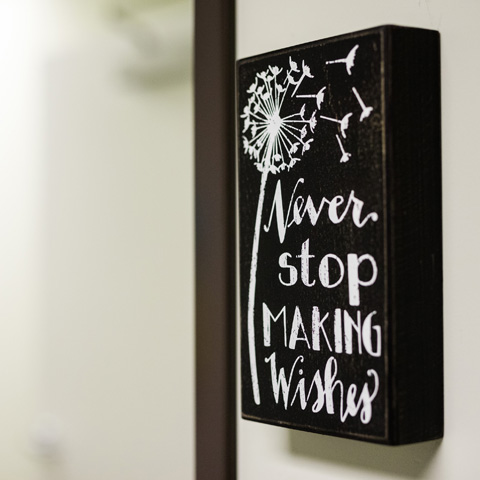 Depression comes in many forms and symptoms.  Individuals who are experiencing symptoms of depression often report feeling that they are not themselves.

If the individual themself cannot identify a change in their state, often times the people around them will notice and start to point out changes in behavior or mood.  It is different than anxiety in that, anxiety symptoms become intolerable to the individual due to the physical symptoms it creates, where depression may not always do the same.

People can become comfortable in their discomfort and have a more difficult time becoming motivated to make changes.  Especially since a major symptom of depression is lack of motivation. Individuals who have experienced depression often report that they can’t remember what it feels like to be happy.  They often report feeling as if they are in a fog that won’t leave. An environment for depression is bred within the individual when that person begins to see themself, others, and their environment from a negative perspective.

Depression becomes very self-defeating and the individual engages in unhealthy patterns that cultivate the depression.  At times depression can become so severe that people begin to have thoughts about suicide and may make an attempt.  Severe Depression can be very dangerous and intervention is almost always necessary.

Major Depression is a diagnosis that is made when the symptoms begin to significantly impact ones activities of daily living.  There are different levels of severity of this disorder, but the symptoms are the same.  Individuals who are experiencing major depression often report feeling sad or depressed most days, they may be experiencing an increase or decrease in sleep, increase or decrease in appetite, increased irritability or anger, isolating behaviors, a loss of interest in enjoyable activities, hopelessness, worthlessness, thoughts of suicide, lack of motivation, and decreased energy.

Dysthymia is a form of depression where the same symptoms are exhibited as Major Depression.  The difference being that the symptoms must be present for at least two years for someone to be diagnosed with this disorder.

DMDD presents as a depressive disorder, however the defining factor is irritability and anger.  An individual who would be diagnosed with DMDD would be exhibiting recurrent temper outburst either verbal or behavioral.  These outbursts would need to occur at least three times a week and have been occurring for at least one year.  The person with this diagnosis presents as irritable or angry nearly every day.   This disorder can only be diagnosed in childhood or adolescence.

PMDD is a fairly new diagnosis specifically for women.  Most people have learned over the years about pre-menstrual symptoms prior to onset of menses.  However in a subset of the population, these symptoms become so severe for some women that it begins to impact their ability to function in their daily activities from one to three weeks out of the month.

Bipolar I and II:

The difference between a manic and hypomanic episode is described below:

If you are experiencing depression, you don’t need to struggle alone. Take the first step towards a brighter future by contacting Viewpoint Psychology and Wellness today. Our compassionate and knowledgeable team is here to help.

Need Help?Message a Mental Health Professional
verified_userDo You Have Questions About Insurance?
We accept a wide range of insurance plans and offer sliding scale rates to make sure you can get the treatment you need.
Learn More
Read Our Article in Seen Magazine
248-949-2101
248-509-5618